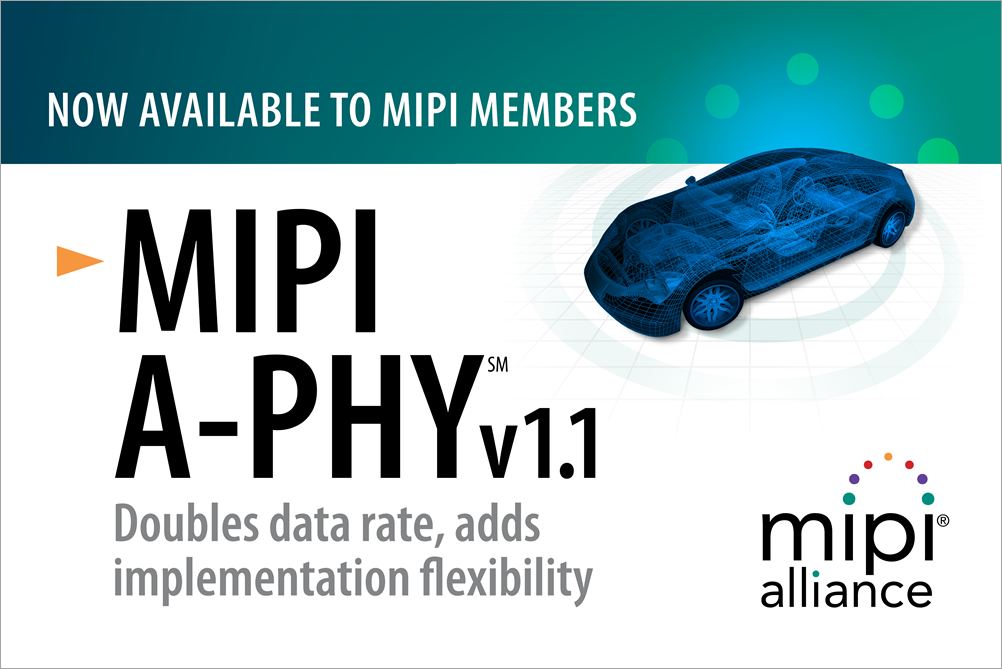 A-PHY v1.1 is fully interoperable with v1.0, and devices using both specifications can coexist on the same network. It builds on the strengths of A-PHY v1.0 in several areas:

A new uplink gear, U2, doubles the maximum uplink data rate from 100 Mbps to 200 Mbps. This option provides more bandwidth for command and control of automotive peripherals. 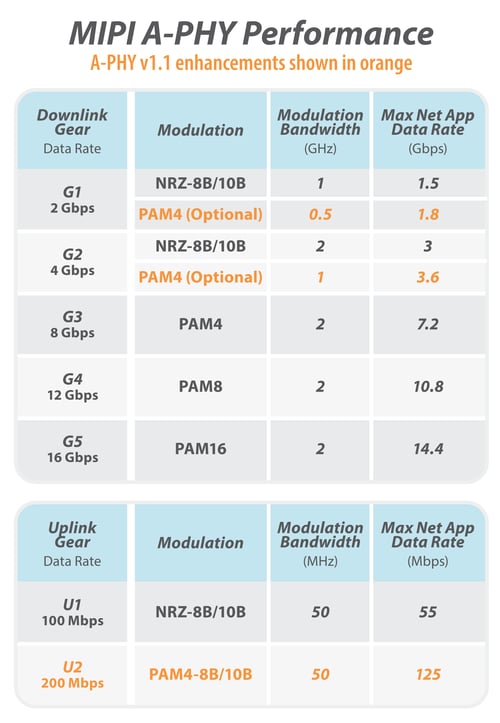 The support for STQ cables lends itself to several configuration options. Primarily, using both pairs of conductors as downlinks provides a total downlink bandwidth as high as 32 Gbps, which enables larger and higher-resolution cameras and displays, as well as daisy-chaining of more components from one ECU to reduce the number of cables.

What's next for A-PHY

Now that it has been adopted by the MIPI Alliance, v1.1 will also be brought forward for adoption as a standard by IEEE, the world's largest technical professional organization dedicated to advancing technology for humanity. Last year, IEEE adopted A-PHY v1.0 as IEEE 2977-2021.

Several resources are available for more information. Last week, A-PHY Working Group leaders gave an overview of these v1.1 enhancements and gathered feedback on requirements for the next version of A-PHY at the MIPI A-PHY Automotive Industry Forum (recording and slides available). In addition, session recordings are also available from last November's virtual Automotive Workshop, which provided in-depth education on the MASS framework. Finally, a white paper, "An Introductory Guide to MIPI Automotive SerDes Solutions (MASS)," offers an overview of each layer of the MASS framework.