MIPI Alliance at 15: Ready for 5G and so much more 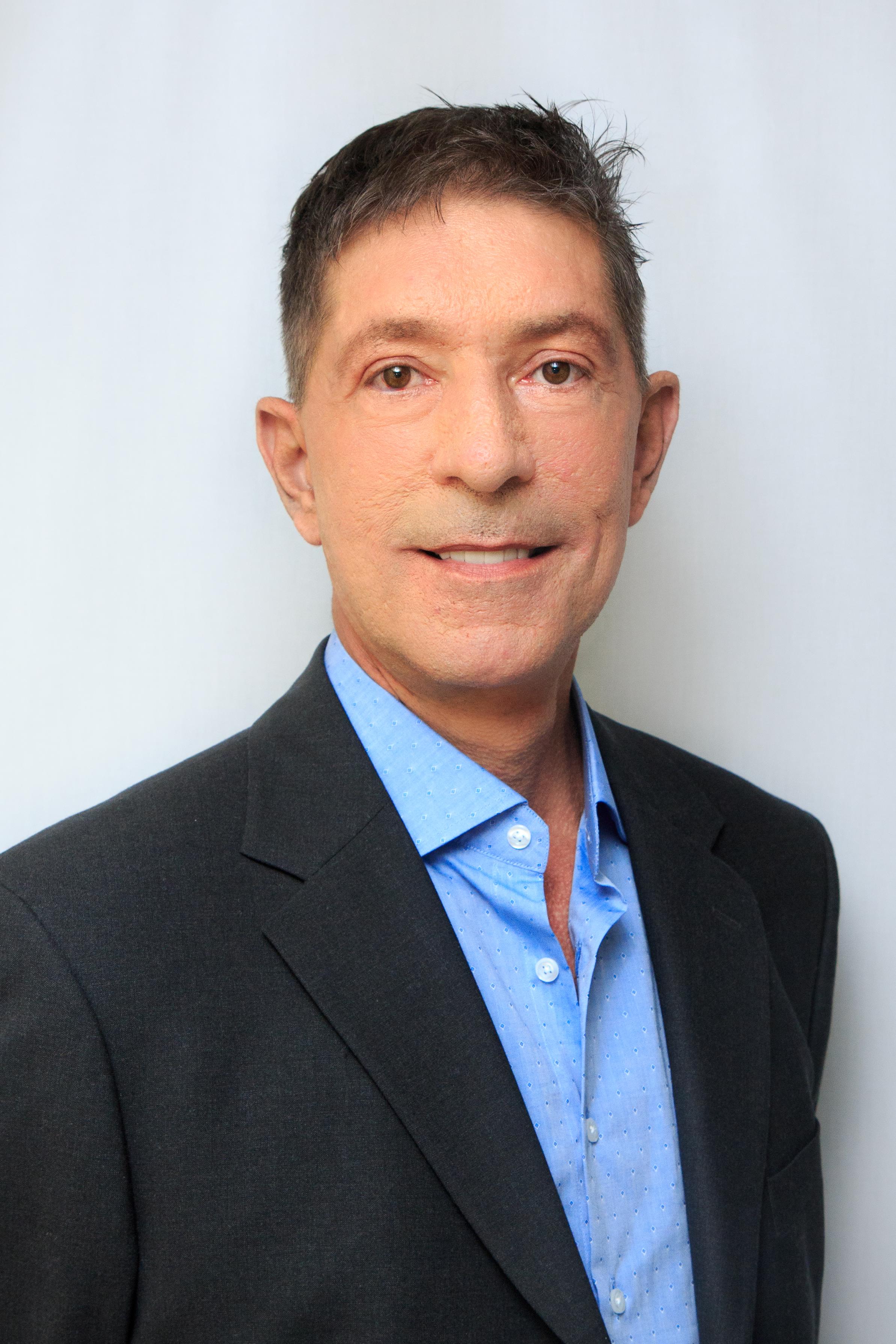 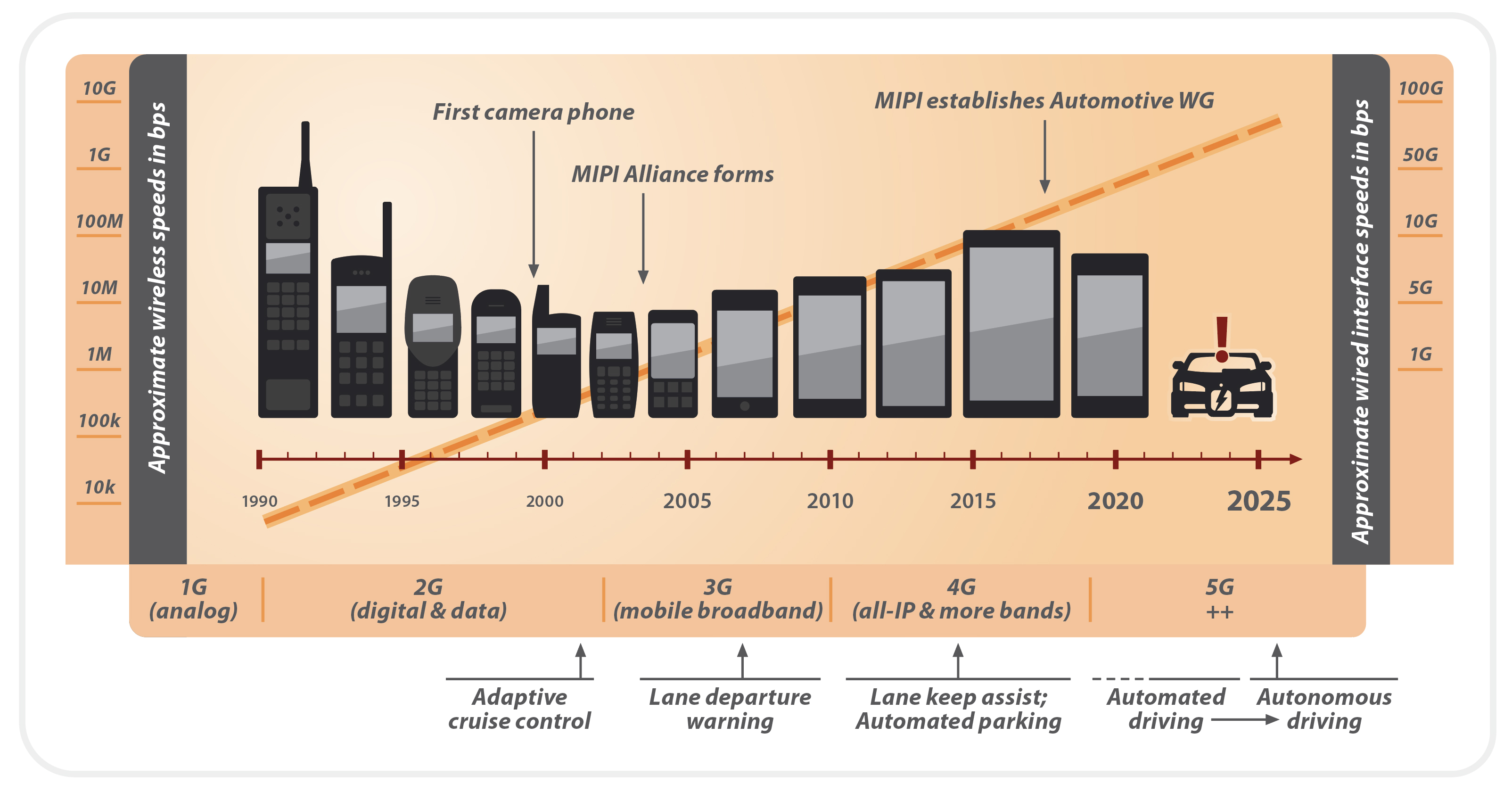 MIPI Alliance is celebrating its 15th anniversary this year. I first became involved in MIPI during its formation in 2003 and on reflection this time now seems a primordial era of 2003, when mobile phones with cameras and video-worthy displays were just beginning to crawl onto land, it's hard to believe how far we've come.

So it's worth recalling how MIPI helped to organize the mobile industry architecture in the first place.But the challenges we're taking on today are much like those we tackled in the beginning, only more diverse and touching a wider range of industries. In addition to developing new and updated interfaces for emerging 5G phones, MIPI is starting to address fragmented ecosystems in automotive, IoT, and other sectors. 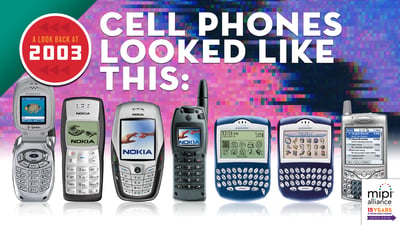 When phone manufacturers designed the first multimedia handsets, they needed to incorporate components that had never gone into a cellular platform. In those days, mobile phone development was focused on cellular modems, circuit-switched voice calls, physical keyboards, and “low-powered” CPUs. Mobile broadband was only beginning, digital cameras still belonged to the imaging world, and displays with full color and high (for the time) resolution were only associated with PCs and consumer electronics.

As multimedia phones caught on, vendors miniaturized these parts and did their best to integrate them into handsets while meeting strict requirements for battery life and radio interference. But each silicon supplier and phone maker did so on its own, generally using proprietary, inefficient parallel interfaces. The economics of using widely adopted more cost-efficient standards, optimized for the industry, were out of reach.

MIPI Alliance was formed to bring order to this mobile Wild West. We set out to create common specifications for the interfaces between mobile phone components – the wires behind wireless. Those specifications have slashed the cost and effort required to design and produce a handset, helped boost performance and improve power efficiency.

In the early years through 2006, we focused on introducing standard multimedia interfaces to meet the growing need for higher performance and lower cost. Multimedia requirements have continued to grow with each generation of components, up to the 4K-8K displays and cameras going into smartphones now, and each step up has brought new or updated interface specs.

Not long after MIPI was formed, its mission expanded to helping manufacturers keep up with other performance demands that came with 2.5G, 3G and 4G cellular standards. The "mobile Gs" required new interface specifications for several types of components.

As 2.5G and early 3G connections of a few hundred kilobits per second grew to megabits, and finally to the gigabit speeds of advanced 4G LTE, we updated and refined those specifications.

5G presents a new set of challenges. For smartphones, cellular speeds will rise to tens of gigabits, requiring higher performance throughout the device. Those speeds will come from new, high-frequency spectral bands in addition to those already in use, making RF components even more complex. But 5G isn't just for phones: It will also include features like sub-millisecond latency for industrial and transportation needs, and narrowband modes designed for IoT applications.

Functions that used to be exclusive to mobile terminals are migrating into connected cars, wearables, environmental sensors and industrial equipment. These new mobile-influenced devices offer an opportunity for MIPI and its members to do the same thing we've done for 15 years: converge and optimize the interfaces within connected hardware. They also present new challenges that MIPI working groups are already grappling with, including how to provide for much longer-reach physical-layer interconnects for devices many times the size of phones.

Smart vehicles are one example of what's changing. Cars are becoming in some ways the world's largest smartphone, constantly connected to mobile networks – first for information and entertainment, and now for greater safety. Emerging technologies including 5G cellular V2X (C-V2X) will let vehicles communicate with each other and with roadside infrastructure in real time, sharing alerts, navigation and other data. But while mobile technology is being implemented in new environments all the time, it's not economical to spin up separate chips for each use, such as in-car electronics.

Standard interface specifications that work across a wide range of applications, like those being developed by the MIPI and its partners, make it possible to reuse silicon designs across multiple mobile-influenced devices as well as smartphones.

The explosion of these new connected technologies is taking MIPI into industries that are now at the stage where mobile terminals were 15 years ago. Building on our years of experience bringing 45 interface specifications into the world, we have over a dozen active working groups right now. It's an exciting time to be involved with mobile and with MIPI. We'll be sharing some of these developments as we venture into this new and growing ever-connected, mobile world.