Building on 16 Years of Success: The 2019 Update to MIPI Alliance’s IPR Terms 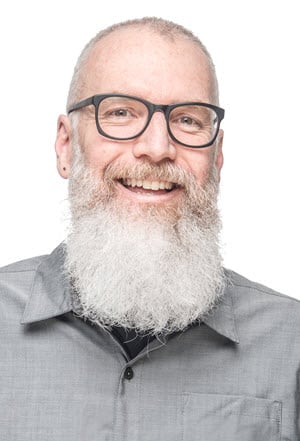 MIPI Alliance launched in 2003 with a primary focus on the mobile phone industry. The MIPI founders chose an RF policy for this core focus area: The MIPI IPR terms required that members grant other members RF licenses in connection with MIPI specifications implemented in “Mobile Terminals” and “Accessories” (defined at length in the membership agreement, roughly with the meaning that the plain-English words suggest). Outside of this core focus area, the Alliance applied RAND terms among MIPI members.

Keeping pace with an evolving industry

The MIPI Alliance Board of Directors heard these concerns over time and approved updating the MIPI IPR terms to address the needs of the changing industry and to facilitate the broader implementation of MIPI specifications.

Ultimately MIPI Alliance settled on a straightforward solution. As updated this year, the terms eliminate the definitions of “Mobile Terminal” and “Accessory” altogether, and instead apply the historical RF terms to all types of product implementations. In other words, MIPI Alliance no longer has a hybrid policy, but rather has RF IPR terms that apply to all specification implementations.

The Alliance was able to draw from its 16-year history of successful specification development and deployment in the mobile industry to determine that the RF model worked effectively for its particular ecosystem.

In addition to the elimination of the “Mobile Terminal” and “Accessory” definitions, the 2019 update made one other change to the IPR terms. The terms have also always included an option for a patent owner to opt particular patent claims out from any licensing obligation, provided that they exercise this right prior to specification finalization (and subject to some other limitations). Historically this opt-out right was limited to a quota of two opt-outs in a five-year period. Opt-outs have been extremely rare; but to further reassure patent owners that their interests are protected, the updated terms now raise this quota to six opt-outs in a five-year period.

Other than eliminating the “Mobile Terminal” and “Accessory” definitions and increasing the opt-out quota from two to six, no other changes were made to the terms. Accordingly, apart from these changes, the 2019 version of the membership agreement remains identical to the prior version.

The IPR terms continue to include important protections for patent owners. The licensing obligations imposed on patent owners under the MIPI IPR terms have always been strictly limited to claims that are essential (i.e., unavoidably infringed by a compliant implementation) and that fall within a tightly defined scope limited to “Interfaces” (as defined in detail in the membership agreement). Accordingly, the sweep of any RF obligation is limited to only what is strictly necessary to implement MIPI specifications, and other uses of patents by a patent owner are not encumbered by the MIPI terms.

Additionally, the patent licensing obligations continue to apply only to and only among MIPI members. Under the IP terms in the membership agreement, only members are obligated to grant licenses, and only members benefit from this license obligation. Alliance members are not obligated to grant patent licenses to non-members. If a party wishes to benefit from the RF terms, it must be a MIPI member.

Prior to the change to the MIPI IPR terms, the IPR challenges described above had become sharply acute in connection with one particular specification, MIPI I3C. To respond to these challenges, MIPI Alliance adopted MIPI I3C Basic, a publicly available version that is subject to a set of additional IPR terms.

In connection with I3C Basic, the usual MIPI Alliance IP rules continue to apply to and among members. However, those member companies that participated in the development of I3C Basic have additionally agreed to extend an RF licensing obligation to non-members in connection with implementations of I3C Basic, provided that the non-members commit to a reciprocal obligation. These terms are included in the I3C Basic specification document.

MIPI specifications are usually made available only to MIPI members. Occasionally, however, MIPI posts specifications publicly as required to meet unique industry needs. In these situations, MIPI grants downloaders a limited copyright license to enable the review and internal distribution of the specification. However, no patent licenses are granted or promised, as the MIPI IP policy obligates patent licensing only by and among members. If a non-member company intends to take any actions that potentially implicate patent rights, MIPI Alliance suggests that they join the organization to become beneficiaries of the RF patent license commitment from members.

As of the date of this post, I3C Basic v1.0 is the only publicly posted specification that includes a mechanism for extending patent licenses to non-members. All other public specifications are released under a copyright-only license.

A solid foundation for the future

MIPI Alliance helped to transform the mobile device industry and is now poised to have a similar impact on other industry segments, such as IoT and automotive. As MIPI has embarked on automotive activities, including the development a new longer-reach physical layer for automotive applications, alleviating IPR challenges and concerns has opened the door for greater involvement and participation from OEMs and Tier 1 suppliers. Those that join MIPI Alliance now also have the ability to leverage other MIPI specifications, such as CSI-2, DSI-2, C-PHY and D-PHY, under the same royalty-free model.

The updated IPR terms establish clear rules that apply equally to all MIPI member products, building on what has historically worked for the Alliance and providing a solid foundation for future success.